One thing that is critically important to the success of MaxPro is that we have a team approach that is unique for the commercial insurance industry. There is so much work that needs to be done to clean up and inspire positive change in the industry that the founders Christian and Jared partnered to create MaxPro under this philosophy and innovative model. Our team is building a movement of excellence and accuracy and we have written a book called the “Way of the Phoenix” to shine light on a better path for brokers to follow in the service of clients. MaxPro has pioneered unique processes to manage client accounts, consult on risk management issues, break down policies/coverages and negotiate great options and prices for clients.
The founders are both avid readers and lifelong learners. They have each read 50+ books a year for many years and one of the things that brought them together was their ability to discuss business and things that they were reading about. They also stay updated with many industry publications, podcasts and draw on other relevant sources to stay sharp and equipped to problem solve for their clients. This has allowed the team to engage on many complex issues for clients and to deliver high quality solutions for them in areas as diverse as contractor’s correctly pricing their employee’s work hours, including taxes and insurance costs and putting together comprehensive fire plans for a manufacturing company. 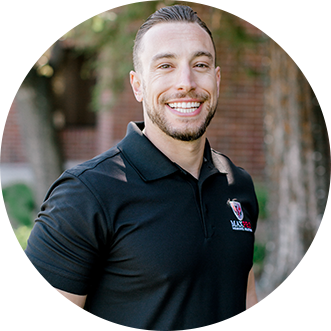 Jared has enjoyed a solid track record of business success in his past. From rising to the top in the MMA and boxing world and winning welterweight Golden Gloves for California in 2010, to owning and operating several fight gyms and supplement stores, he initially grew his business experience in the health, fitness and fighting arenas. In 2011 he transitioned into insurance. While he established a Farmers Insurance office and successfully built it to over 800 active clients, he gradually saw the need to build a commercial insurance agency alongside to handle more complex insurance needs that were outside the appetite of Farmers.

In time as he realized his capabilities as a problem solver in complex risk management situations, his demand for the harder to place markets became so great that he sold his Farmer’s agency in 2017 to focus solely on this commercial business. He has received recognition from insurance publications along the way. He was one of the 20 agents nationwide to be named a 2019 Agent of the Year and the only one chosen in the Greater Los Angeles area. 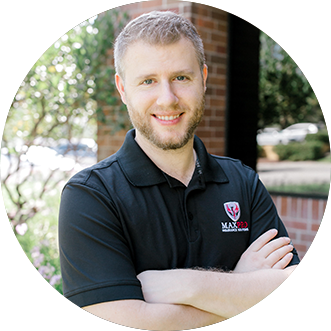 Christian Moore comes from a diverse business background in finance, banking, insurance and sales. He runs business development for MaxPro and works with the team to make sure processes run smoothly for our clients. He is passionate about building a sustainable system so that MaxPro can continue to grow and help a greater number of clients. Christian joined Jared in 2018 to found MaxPro to help Jared continue what he was already doing in commercial insurance, but to build it stronger and around a team concept.

That mission has been the passion of Christian ever since to continually innovate better systems and processes to allow the team, and their clients, to thrive. The culture and health of the organization as well as the Phoenix movement to impact the industry are close to Christian’s heart and are what motivate him every day. 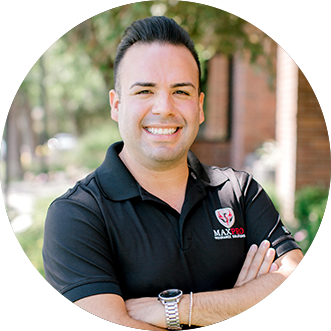 Stephen has built strong relationships with industry partners, carriers and underwriters. This has resulted in a powerful extended team that allows MaxPro to put together difficult insurance policies for their clients. Drawing from a deep background in Human Resources, management and accounting, Stephen is a valuable member of the operations team. He is passionate about helping organize details and simplifying the complex for our clients. 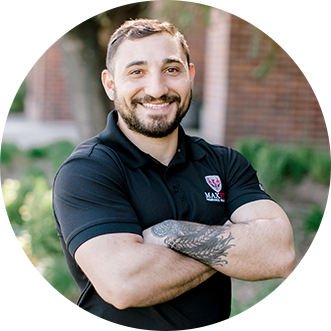 Carlos draws on a diverse background with experience in sales and management within the restaurant, fitness and furniture manufacturing industries. In addition to being a licensed broker, he is a trained chef, certified fitness instructor and speaks fluent Spanish. He is a valuable member of our business development team and has a passion for helping clients achieve success in their companies. 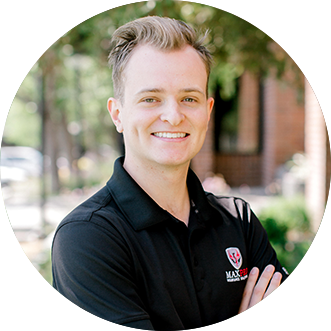 Luke is a recent college graduate in Finance with experience throughout his
educational experience in operations, accounting and data management. He
helped manage a warehouse and oversaw e-commerce systems and
processes for a wholesale company. He has a passion for optimizing and
improving on ways of doing things and has great attention to detail.